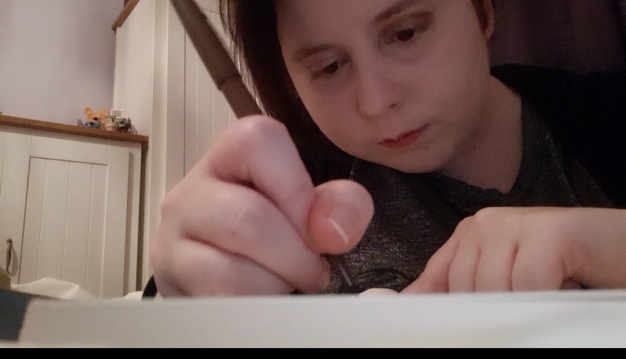 I’ve wanted to start a series about writing for a while but held back for a multitude of reasons. Among them are niggles like: would anyone actually care? Will I bin it off when I burn myself out for trying to do too much on my blog at once? And will people just roll their eyes thinking that I’m another “book blogger turned writer”? But then I sat back and remembered that I’ve been a writer for longer than I’ve been  book blogger, and I’ve been a reader for longer than I have a writer. And also it’s kind of fundamental to be a reader if you’re going to be a writer. So, anyway, I’ve pushed those thoughts aside and I present to you Charlotte Writes Things (yes, very on brand and took me two seconds to come up with).

A lot of my writing journey has been accidental. By that I mean, a lot of how I’ve grown as a writer, minus the University side of things where I did joint honours in Creative Writing and English Literature, hasn’t been planned. I just wrote stories. Ridiculous ones from a young age, writing them more for me than to be read by anyone else (though there was one time I sold copies of my book to people in primary school for a pound each). I just wrote stories more about myself in certain situations and working out how I would handle them before I moved on to characters that had barely any of me in them; those kind of people I only wished I could be. It was only really when my mother approached me during my A-Levels with a list of universities she’d found that did joint honours Creative Writing that I realised that I could actually bring what I loved into the education sphere, but that I also had the support of a parent in what I wanted to hopefully make some money from in the future.

As I’ve said, my own story is littered with accidents. I was still just writing stories and thrown into uncomfortable writing situations at University where I was expected to write in styles I’d never tried and from briefs that didn’t interest me. It wasn’t until someone I knew told me that I had to read this John Green book called The Fault In Our Stars, and I did, that I discovered that I’d actually been writing Young Adult stories without actually realising. So naturally, I threw myself into everything I could find on those shelves in bookstores, desperate to work my way through everything I had missed out on. I’d mainly just read early teen books and Harry Potter over and over up until this point. It wasn’t until I started reading The Mortal Instruments series in preparation for the film adaptation that I discovered that, not only do I write Young Adult, I also wanted to write fantasy as well. See? Accident after accident.

Some things have obviously been more planned. Such as this blog to try and create a presence online, finding the online YA book community and, while I promise that I do try to write my stories following a plan, I often stray off the path and barely recognise them by the end of it.

So I’m starting a new series and I plan to cover a whole range of topics from planning to drafting, authors that inspire me, and querying as I plan to bite that bullet in 2019. If there’s anything you’d like to see me talk about to do with writing, please let me know!

Here’s to another long writing year!